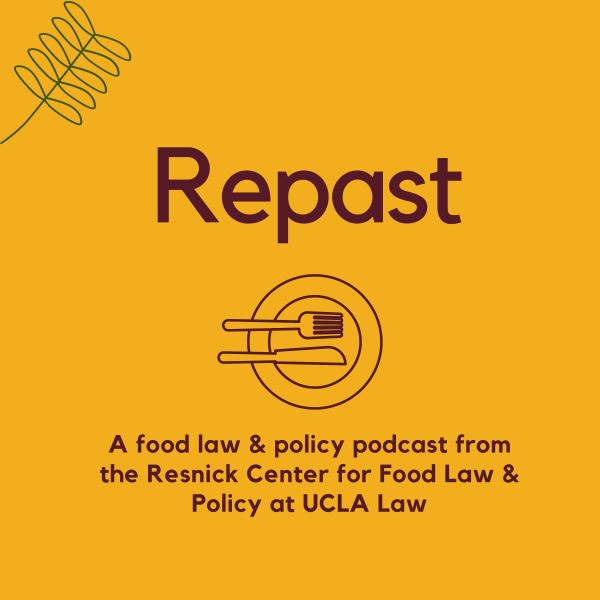 Listen to the new episode of Repast, a food law and policy podcast from the Resnick Center.

This month, Michael and Diana talk with Dr. Robert Lustig about his new book, Metabolical, The Lure and the Lies of Processed Food, Nutrition, and Modern Medicine.  They talk about the health harms caused by processed foods and the massive increase in sugar consumption over the last several decades; possible societal interventions to address these problems; how the processed food public health battle is like the battle over tobacco; and more, including Dr. Lustig’s personal advice to all of us as to what healthy foods do: “Protect the liver, feed the gut.”

Dr. Robert Lustig is Professor emeritus of Pediatrics, Division of Endocrinology at the University of California, San Francisco (UCSF). He specializes in the field of neuroendocrinology, with an emphasis on the regulation of energy balance by the central nervous system.

Michael T. Roberts is the Executive Director of the Resnick Center for Food Law & Policy at UCLA Law.

Diana Winters is the Deputy Director of the Resnick Center for Food Law & Policy at UCLA Law.

You can find Dr. Lustig’s previous book, The Hacking of the American Mind: The Science Behind the Corporate Takeover of Our Bodies and Brains, here, and his book, Fat Chance, here.

If the predictions from a recent New England Journal of Medicine article (pay-walled, but 3 free articles a month available with account creation) come true, the implications–for our nation’s health, for our health care system, and for our economy–are vast.  The study shows that by 2030, almost half of American adults will be obese and a quarter will be severely obese.  The study authors were meticulous in their methods to increase the reliability of their projections.

The study found that there is great variation among states, with over 29 states projected to have higher than 50% obesity, and a large variation in the prevalence of obesity according to income.  Severe obesity will be much more common among low-income adults than higher income adults.

The study also notes that the health consequences of this magnitude of obesity in the population are enormous, and will likely increase socioeconomic disparities.

Although the researchers are light on policy suggestions, the authors do write that, “a range of sustained approaches to maintain a healthy weight over the life course, including policy and environmental interventions at the community level that address upstream social and cultural determinants of obesity, will probably be needed to prevent further weight gain across the BMI distribution.”

In the New York Times, Jane E. Brody notes in covering this study that the United States has done very little to address the food environment that has led to such a marked increase in obesity (since 1990, obesity in the United States has doubled).  Policy interventions such as taxes on sugar-sweetened beverages, portion control, and partnering with restaurants and food manufacturers to reformulate food to be more healthy would be a start.

In fact, another article published today in the New York Times shows that multifaceted policy intervention can have a huge effect on consumption.  It is four years since Chile passed a series of sweeping laws to combat obesity including raising taxes on sugar-sweetened beverages, and “advertising restrictions on unhealthy foods, bold front-of-package warning labels and a ban on junk food in schools,” and there has been a marked drop in the consumption of sugar-sweetened beverages.  That article cited a public health policy professor from Harvard University who said “the early results suggested that a raft of food policies, not just stand-alone measures like soda taxes, were needed to address a growing obesity crisis that is affecting nations rich and poor.”

As the study and these articles note, time is short.  The costs of obesity at this magnitude are enormous – on quality of life, on health care spending, on the economy, on socioeconomic disparities.  We need these policies, and we need them now.